The area that is now known as the City of Manchester has been settled since the late 18th Century.  Over the years, there have been several landmarks that have played an important role in the area's growth and development.

First explorers to the region, Louis Joliet and Father Jacques Marquette, a Jesuit priest, explored a vast area in 1673 below the confluence of the Missouri and Mississippi Rivers. During their journeys, they discovered a settlement of Osage Indians living near a spring. The journal of the explorers described the spring as a place where rival tribes fought for the possession of the clear flowing water, which later was named, Manchester Spring. What "lured the Indians to camp on this site was a spring of unusual volume and palatable waters" Settlers followed in the late 1700s and made flint-lock rifles, ox yokes and bows. By the early 1800s a trading post was located on the site of the spring. The 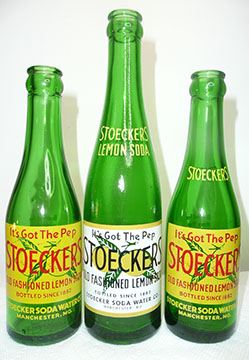 trading post was followed a few years later by a tavern in 1816.  An inn was built in the vicinity of the spring by 1820. Between the tavern and hotel, the tiny community called Hoardstown became the stopping off point for trappers and commerce leaving St. Louis City for Jefferson City and beyond. In 1825 Hoardstown was renamed Manchester. The spring remained a public spring until 1882 when the land was purchased by Fred Stoecker, who then boxed in the spring.  For three generations his family bottled and sold the pure, sweet water.

Today, the spring is confined underground, but its impact and importance remains. The spring was the significant physical feature that first attracted native Americans, trappers, settlers, farmers and then businesses to a region which was one day's travel from St. Louis City. Its waters refreshed and sustained the travelers. Today, within a stone's throw of the spring's location is the crossroads of Manchester Road and Highway 141. Like the first visitors to the springs, folks are still passing through.

Located in Seibert Park, Manchester Cave was carved from a creek bank in the 1850s. It was initially used to store barrels of beer produced by a brewery that stood in the vicinity of Manchester Road and Louis Avenue. The brewery was built in 1850 and operated by various owners until it burned down twice; the second time in 1870. The brewers needed a cool place to store their beer and the cave provid 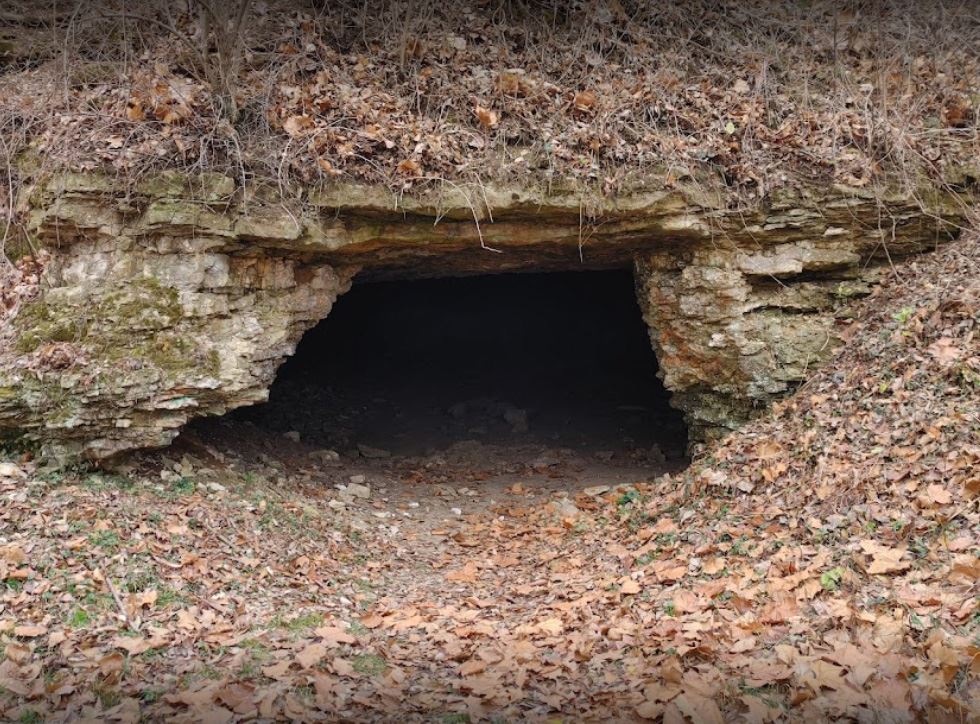 e the necessary temperature. During the Civil War, residents used the cave for protection from passing Union and Confederate soldiers who often forced the citizenry to work for them, i.e. carrying water and supplies for their needs. A Union Army Camp, Camp Bates, was located nearby and was used when Union troops were in the area.

Generations of local youth have since used the cave for hide and seek and a host of other games of daring and revelry. Every man or woman raised in Manchester have their stories about the Manchester cave. In 1979 the cave and surrounding ground was donated to the City of Manchester for its preservation for future generations. Today, the cave still attracts attention and queries about what formed it. The answer is, "beer formed it" and that sounds a lot like the story of St. Louis!

The Lyceum was built in 1894 and is next to the ancient Manchester Spring (now covered) that flows to Grand Glaize Creek. A stone trough underneath the old portion of the Lyceum originally connected the spring to a cistern. This region, at the crossroads of Manchester Road and Highway 141, became a natural trading area used by Native Americans as they portaged between the Meramec and Missouri Rivers and is near the site of the first trading-post west of the Mississippi. The Lyceum is an intact example of the multi-use building once common, but now rare in Missouri. It was a focal point for the town of Manchester and surrounding area and is still a prominent landmark in west St. Louis County.

The first floor of the Lyceum, a Classical Victorian building, was originally a tin shop that became a hardware store.  It eventually evolved into a general store that sold a complete line of fine merchandise, groceries, shoes, dry goods, hardware, ice cream, a soda fountain, and a gasoline station. It quite possibly was a post office as well in its early years.

The second floor was a meeting hall or auditorium that became a “moving picture theatre” for the early “talkies” screened here.  Also at one time the building was used as a roller rink.  Other events held in there were square dances, masquerade balls, school graduations, church services, amateur theatricals, and political meetings. At one time, its second floor exterior balcony, which still remains, was used by local politicians to deliver their oratory and views to the crowd listening on the street below.

The Lyceum sits at the east end of a row of existing nineteenth century buildings that formed the village of Manchester. Its various uses and stature in the community make the Lyceum unique in St. Louis County history because Manchester was a stage coach stop with hotels and saloons for people heading West.